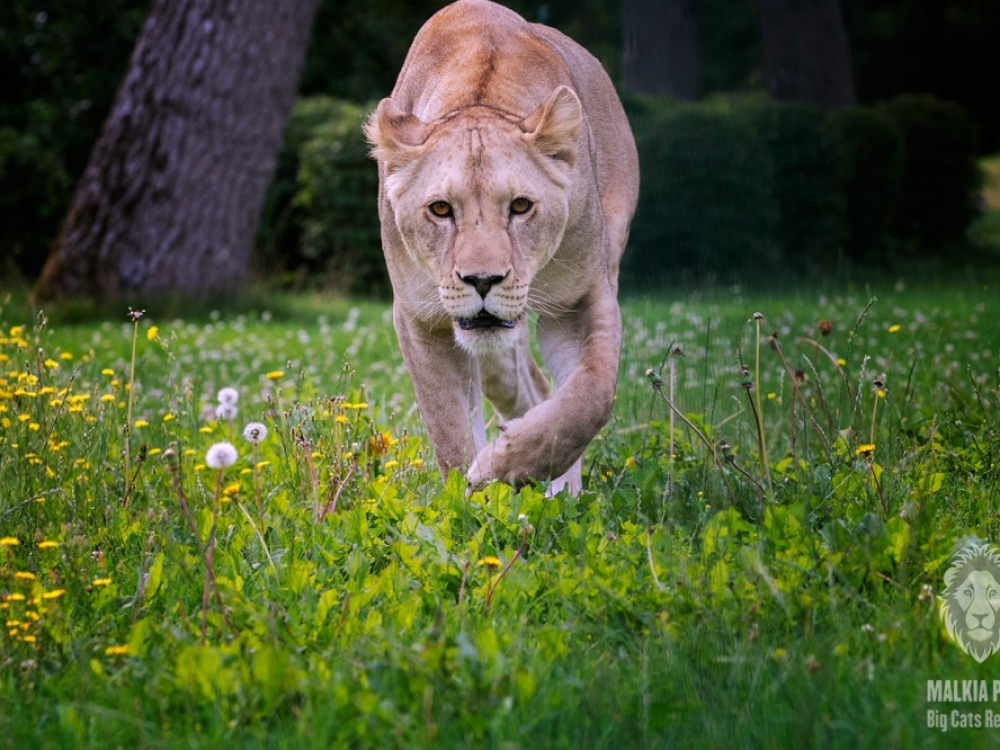 Adelle, as well a Malkia wasn't lucky to receive parental love and care. She was born at the previous owners of the lion Leo and lioness Suria, who rejected her as a small cub. Since she was 4 months old, she's been living with Malkia and they are still great allies. But she does feel the dominancy of the year older Malkia many times.

Lion is the biggest predator in Africa and the only wild cat that lives in larger groups of 20 to 30 members. They are formed by one or more adult males and several females with different old cubs. Their roar can be heard for about 5–8 km.

For the ADOPTION DONATION for Adelle we would like to thank: Wife and Husband VYDARENÍ.