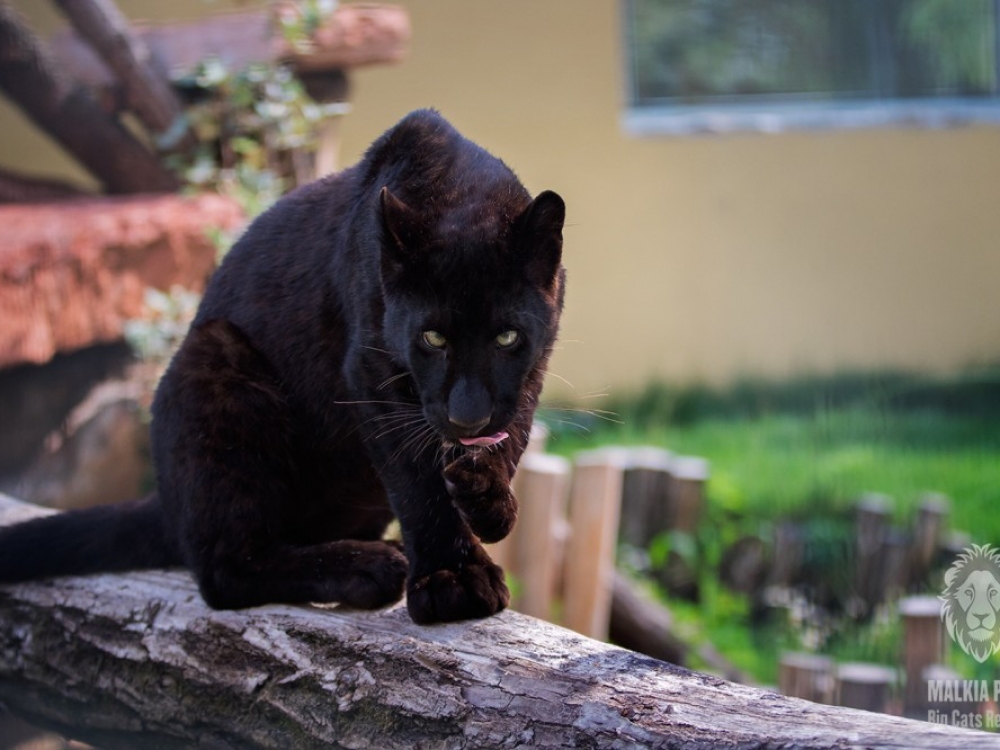 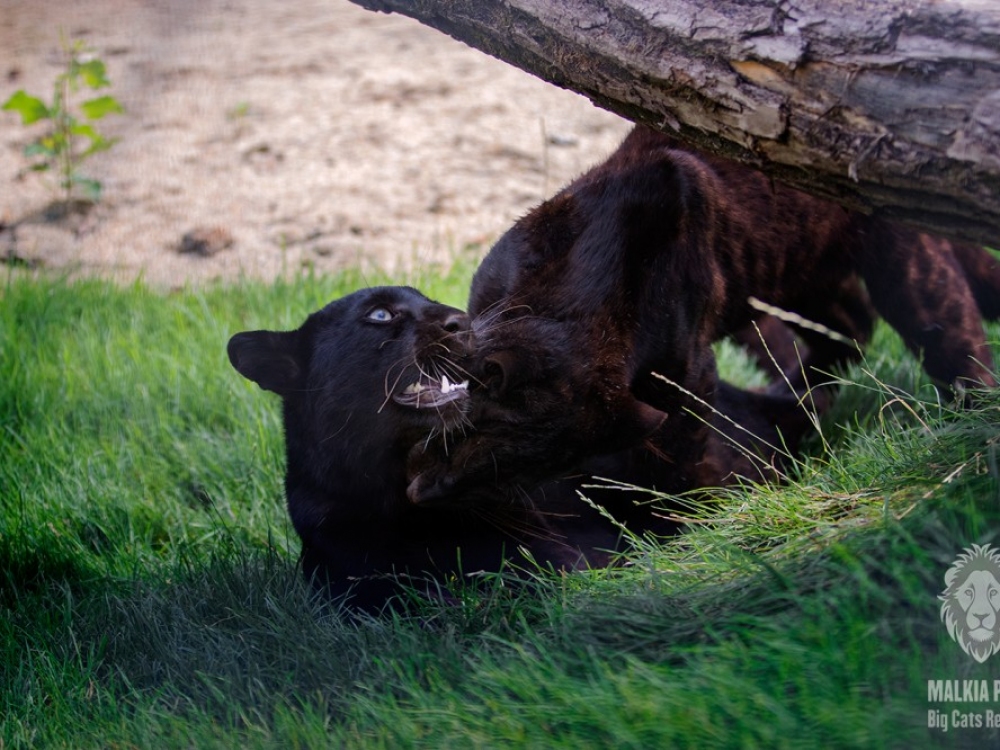 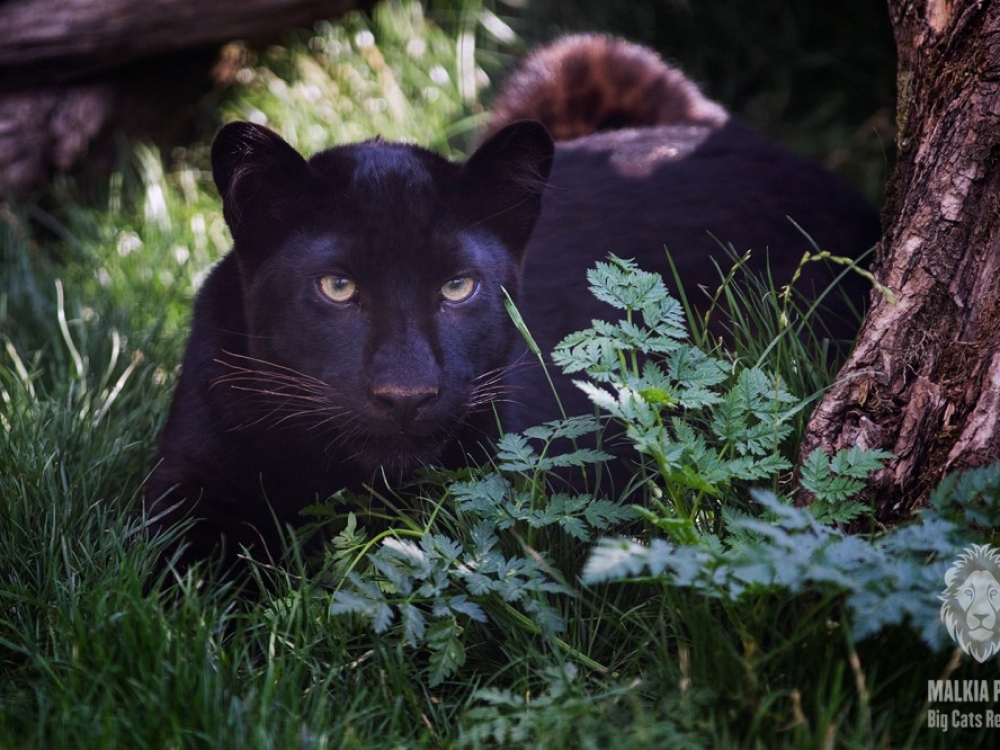 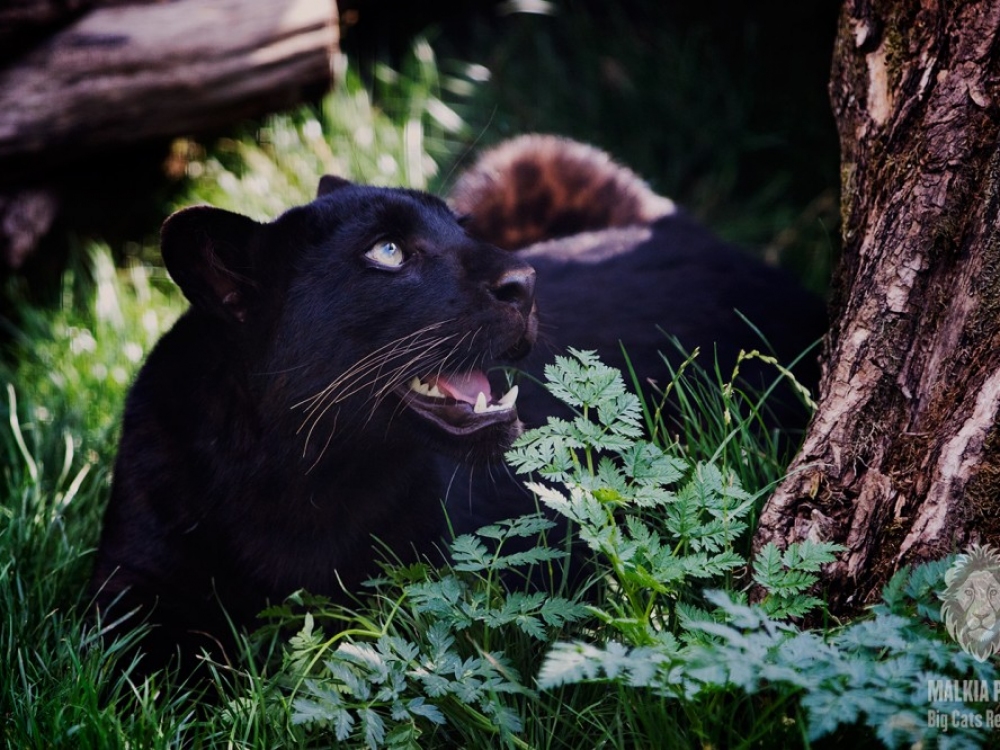 Benji and Baghira fight together against the odds

Benji along with his sister Baghira found their refuge in the Malkia Park after they were rejected by their mother. Because of an unfit care in the hands of the private owner, Benji came to us in a worse condition than his sister. He had problems with his leg and he was malnourished. By the time he caught up with his sister, it was more difficult to tell them apart, but Benji's sign of recognition are his eyes, since he is also cross-eyed like Carmen and Kelly. In the Malkia Park they have grass, sand, rocks as well as bushes and trees so that they can sharpen their claws, varied diet and the love of their care-takers. We've created a home for them and what`s the most important is that they have each other.

Leopard belongs to protected species. In some areas they are already extinct. People kill them for their beautiful fur. Their fur is sold for huge sums of money.

Within the leopard species occurs melanism. The result of the genetic mutation is that the skin and fur contains a lot of dark pigment – melanin. Melanin leopards are known as black panthers and they live mostly in moist thick rain forests and they used to be considered a separate species. In the desert live the cream-yellow leopards, in grassy areas live dark-yellow leopards.

For the ADOPTION DONATION for Benji and Baghira we would like to thank: SOFIA ANNA a DANIEL PIŠKANINOVI, RENÁTA TUPÁ AND NIKOLA MAGATOVA.