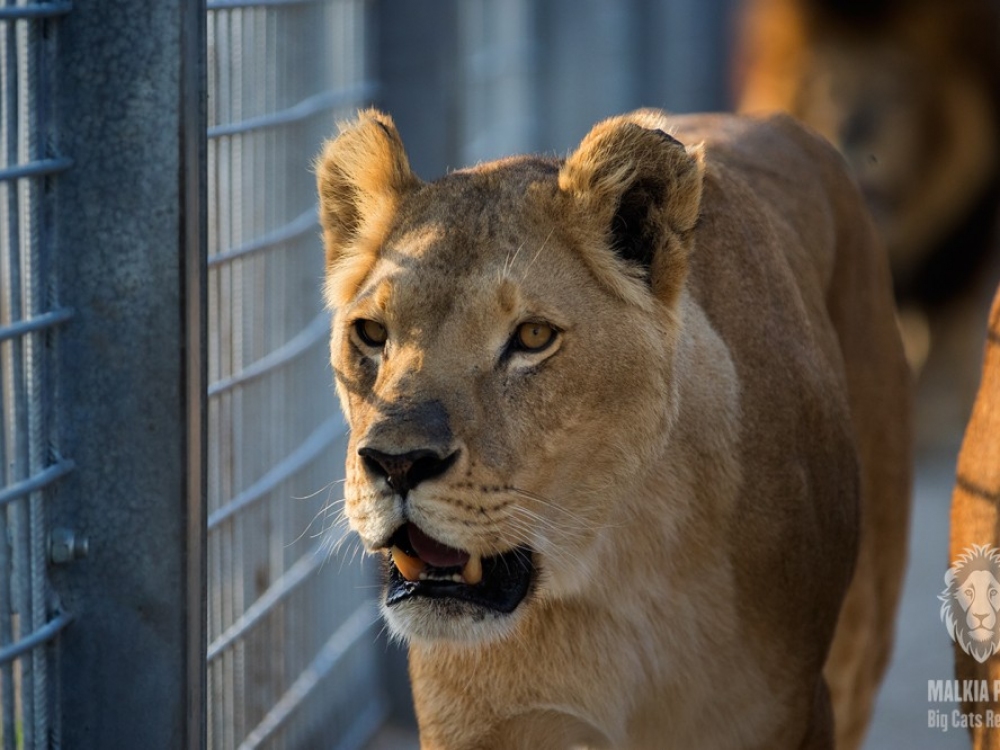 Lioness Elza, heroin from a circus

Elza belongs into the group of our first animals from a private owner, who was taking care of several cats from the circus at the time and who wasn't managing the care. Because of the costly care for these cats he couldn't care for them anymore and so these animals were taken into the Malkia Park. Elza is the eldest queen of the Malkia Park and the mother of our Malkia and Alex.

Lion is the biggest predator in Africa, the males can grow up to 3 m in length from the top of their nose to the end of their tail and they can weight on average about 180-250 kg. Their roar can he heard for about 5-8 km and they can survive without water for about 3-4 days.

For the ADOPTION DONATION for Elza we would like to thank: family Hajkova and Robert Heijenrath.