Let's be more human towards the

We shouldn't allow them to keep suffering in undignified conditions and we should finally give them a peaceful and happy life.

We are a civic association

Our mission is to save feline (cat) species from circuses and other inappropriate conditions found in private breeding programs and Zoos.

Other animal species that have been abused or rejected have also found sanctuary here. Unfortunately, these animals would not be able to survive in the wild, and so, with the help of private funding, we have created a park to provide the ideal conditions for them to have a new and dignified life. In addition, it is our goal to spread awareness about endangered species and nature conservation as well as to motivate people to respect and love animals everywhere.

Thank you for showing concern for animal welfare.

Are you aware of the conditions animals face in circuses around the world?
Not even wild animals are safe from the threat from humans!
Is it ok for animals to suffer in the service of human fashion?

Circus animals travel long distances from city to city in tight cages. Because of human greed and profit they are forced to become clowns for public amusement. This is both unjust and completely unnatural. Do you think that these animals are happy to take ludicrous orders, or that they enjoy for example jumping through rings of fire, even though they are afraid of fire? Of course not! Behind every trick they have to perform, there are long hours of painful training filled with suffering and the repression of the animal's nature. And we don't want the animals to suffer, right? If we stop visiting animal circuses, they won't earn the money they need to exist. Circus owners will no longer have any reason to keep animals in captivity. Our legislation has not so far banned circus performances with animals, but many countries have done so and we hope that Slovakia will soon follow suit.

Apart from people capturing and hunting animals living in the wild for profit (often illegally for the fur, tusks or other body parts which have a demand on the black market), the ever-growing human population requires more and more space and therefore continually encroaches on wild animal habitat. People are destroying the environment, spoiling natural habitats (wetlands, savannas, forests and rain forests) and replacing them with plantations and farmland. Wildlife is losing habitat and their populations are decreasing. Do you know that many brands of chocolate, margarine, bars and wafers, and cosmetics contain palm oil? This is made from the fruit of oil palm Elaeis guineensis. Palm oil is in high demand, because even though it's much less healthy than sunflower or rapeseed oil, it's much cheaper to produce. The Oil Palm Elaeis guineensis is grown on plantations which are replacing large areas of the original rain forests of Indonesia and Malaysia. Many animal species (most significantly the rare orangutans and Sumatran tigers) are losing their cover. You can contribute to their rescue by reading the labels on these products and avoid purchasing those that that contain palm oil. We, in MALKIA PARK do this ourselves and you will not find any products containing palm oil here.

Animals bred for their valuable fur live their short life in Inhuman conditions and lose it in often unspeakably drastic ways, all in the name of human vanity. Nowadays, when advanced technology enables us to produce a variety of different fabrics with impeccable qualities, and make faux fur, indistinguishable from the real thing, it's time to say that fur belongs only to the animals. They were born with it after all. Let's not forget about cosmetics either. Many cosmetics brands still do animal testing on animals that undergo long periods of suffering and suffer painful deaths. It's our responsibility to carefully consider who are the manufacturers of the products we buy.

Make a contributionYou can make a single contribution or you can contribute regularly. A little bit or a lot, every bit of help counts.MORE INFO
Adopt an animal Adopt one of our animals a become their guardian and regular donor. MORE INFO
Visit us All the funds from the entry fee are invested into the care for our animals. MORE INFO
Volunteering Help us with your work! Individually or in a form of a company teambuilding. MORE INFO

“The greatness of a nation and its moral progress
can be judged by the way its animals are treated.„

“Be the change that you wish to see in the world.„ 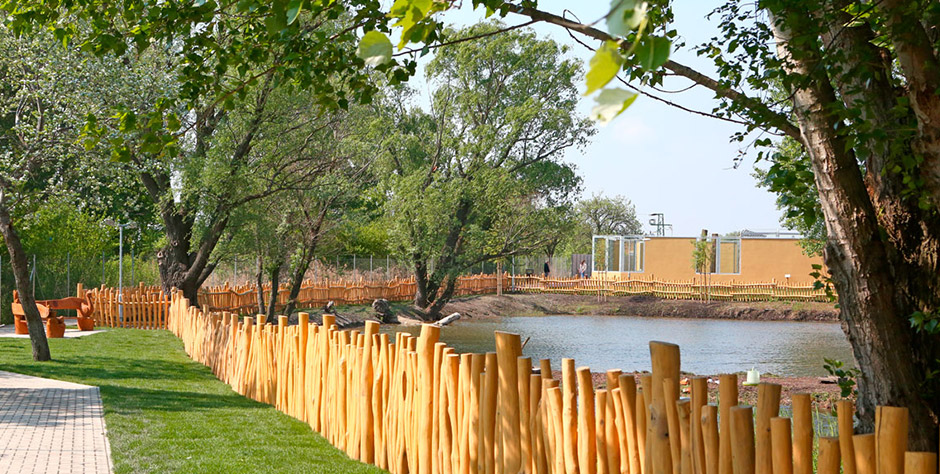 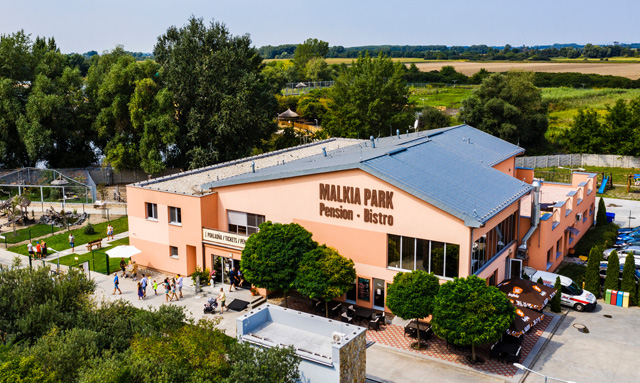 The gates of Malkia Park in Orechová potôň were opened for the first time on 4rd June 2016. We named the park after our first rescued lioness, Malkia. In Swahili this name means queen and because the lion is the king of the animals, loosely translated we can call Malkia park Royal Park. Animals that have found refuge here have mostly been born in captivity and therefore could not survive in the wild. Even though we unfortunately can't provide them with real freedom, we care for them with love, so that they can really feel like royalty here.

Many species of the felid family (lions, tigers, leopards, jaguars, lynx, bobcats, cougars, cheetahs) have found their home here. We are especially excited about one most precious guest – a female snow leopard named Hima, the only one of her kind in Slovakia. In the park you can get to see gibbons, capuchin monkeys and lemurs, parrots, meerkats or turtles close up. You can pet the ungulates (zebras, camels, donkeys, sheep, goats, lamas), rabbits, kangaroos, silkies and peacocks, also feed these animals with food which we provide.

It is financially demanding to run the park, so we would be incredibly thankful for any form of help you may offer. Every cent of all financial contributions will be spent on food and veterinary care for our charges, caretakers' salaries and the upkeep of the enclosures.

Thank you for being Malkia Positive! 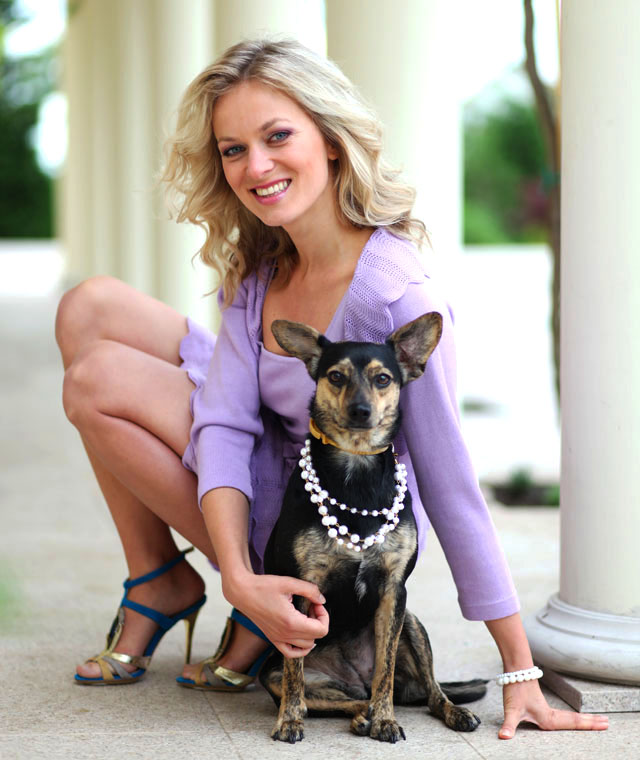 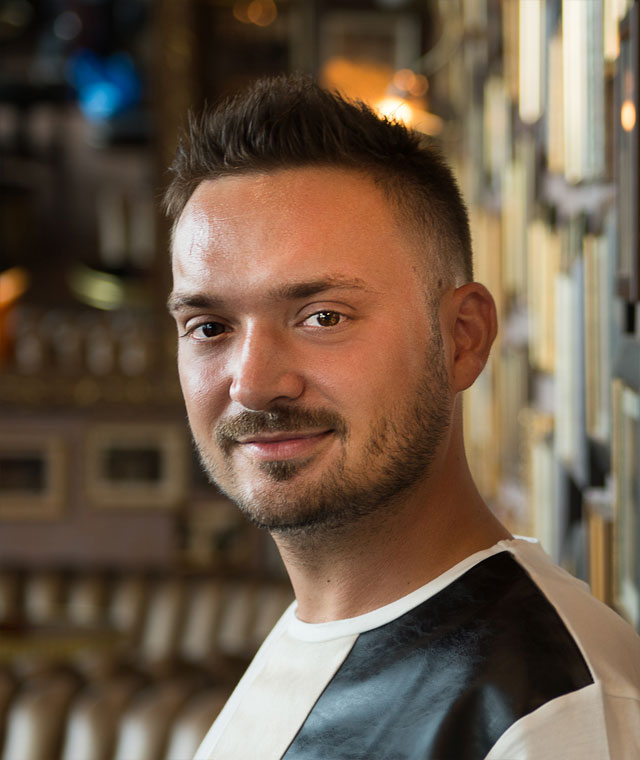 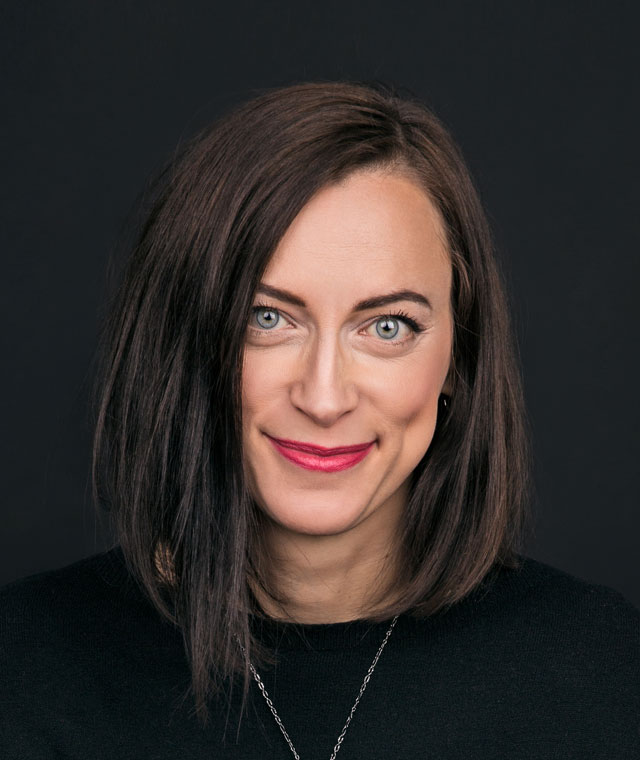 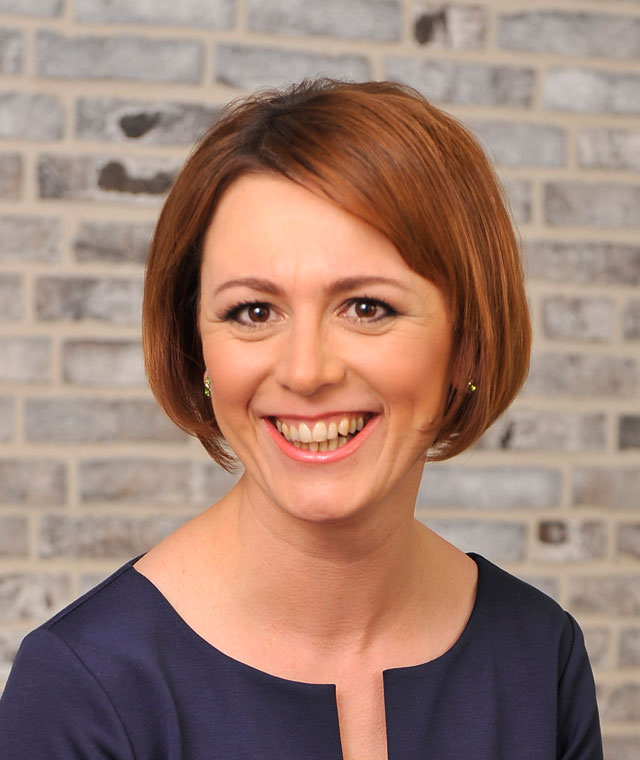 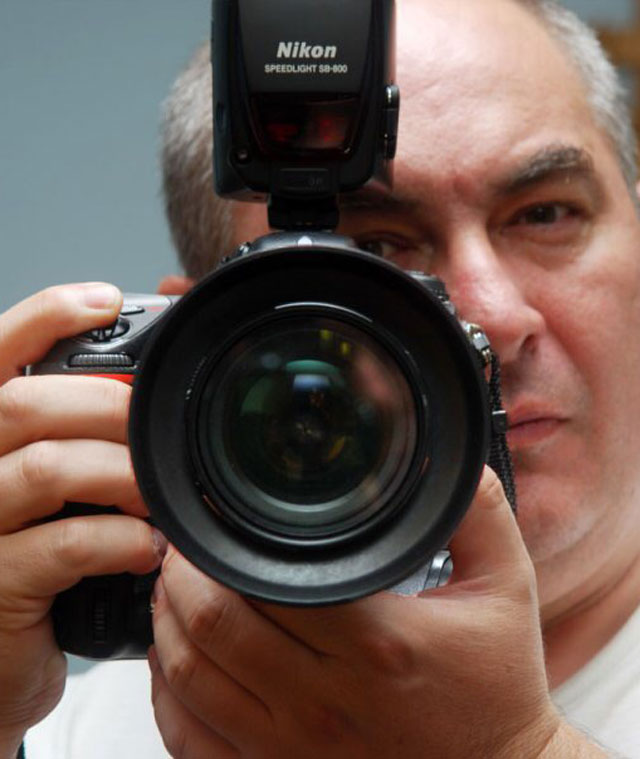 The best that I've seen and experiences recently was the Malkia Park close to the Orechova Poton. Filled with rescued animals from circuses, zoos or from crazy individuals.

Many thanks and respect to the founders and the whole team at Malkia Park. It`s a beautiful place for a trip. Wonderful owners, care-takers, amazing surroundings, empathy, compassion and much more.

SUPPORT USThank you from the bottom of our Janka!
Do you also want to help?

I visit the Malkia Park with the family, especially with my daughter Isabella. We like to go there and we go regularly, because we love animals. We know that they are well taken care of here and that they live in much better conditions, than in zoos or circuses.

With regular visits we also contribute to their rescue and their dignified lives. And that`s what makes us the happiest. 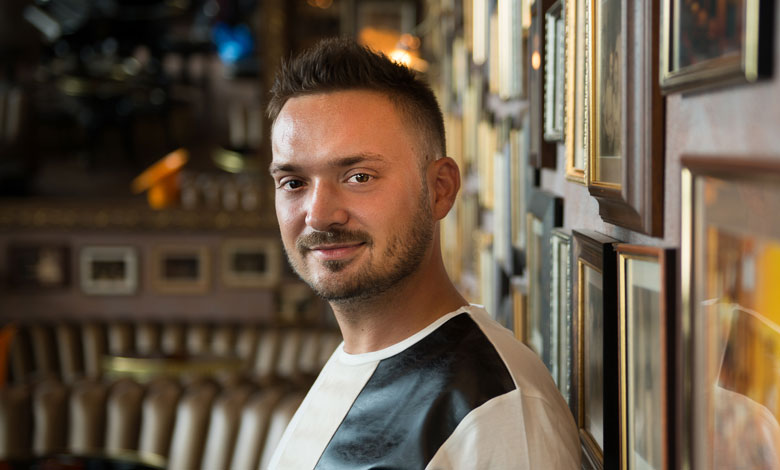 SUPPORT USThank you from the bottom of our Robo!
Do you also want to help?

I love the animals and I try to help in different ways since I was 15. When the Malkia Park wasn't yet established I was a volunteer abroad. Since this rescue park was established I don't have a reason to go elsewhere. They are doing amazing work with great merit.

You can help out in different ways, by spearing awareness, with financial contributes or with physical work. It's up to you to choose. I try to do all of them even though I have some time restrictions. 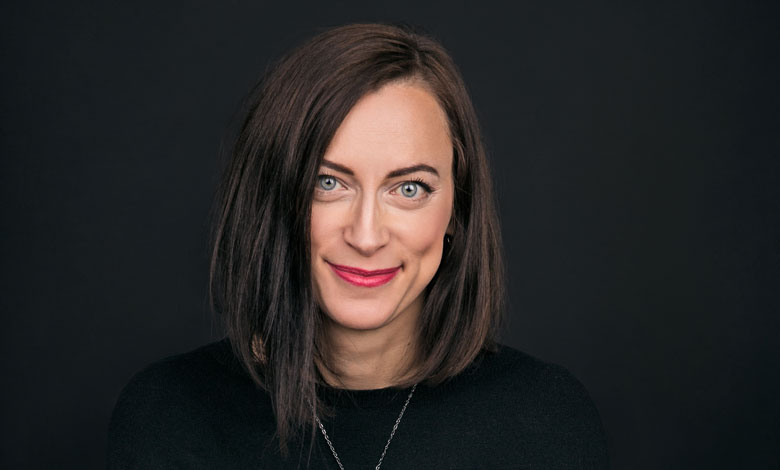 SUPPORT USThank you from the bottom of our Saša!
Do you also want to help?

the headmistress of a language school the Bridge and animal lover

I support the Malia park not only for their devoted work with the animals, but also for their effort for a complex and systematic approach.

I like that they don't use disposable dishes, straws, they prepare vegetarian food and are devoted to not only educating the visitors but also the kids in schools. I value their work and I'm happy that there is a project which benefits the animals and serves as an inspiration for people. 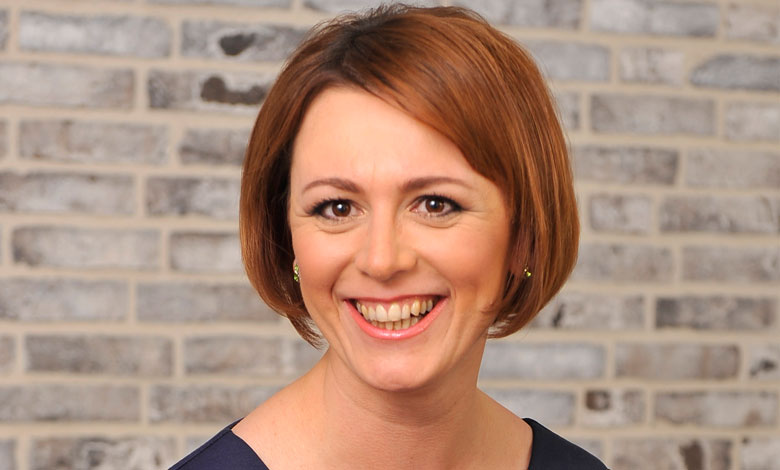 SUPPORT USThank you from the bottom of our Klaudia!
Do you also want to help?

I am a paediatrician and a paediatric cardiologist. After my demanding work I like to take photos as a form of relaxation. I am also an external photographer for TASR.

Since I was a child I've liked wild cats and that's why I was excited when they opened the Malkia park in our proximity and I therefore got a chance to capture portraits of these beautiful animals from up-close. I'm very happy to be able to support Malkia park in this respect in my free time. 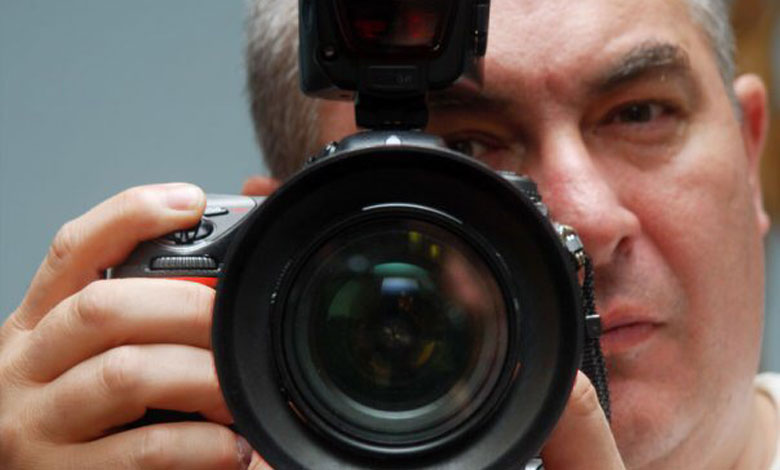 SUPPORT USThank you from the bottom of our Edmund!
Do you also want to help?